This is just for a bit of fun fiction since I haven’t posted an update in a while and I’m working on a writing project and trying to find a window of time to finish an interview with Hydra M. Star. In the meantime, you can catch Hydra’s interview on the Demented1 YouTube channel.

Here are the Nine Circles of Hell, as defined in Dante’s Inferno:

The souls of the unbaptized and pagans wander the caves of Limbo, including Virgil, Homer, Horace, Ovid, Socrates, and Saladin.  It is said that they are struck with grief from a lack of God’s presence here. 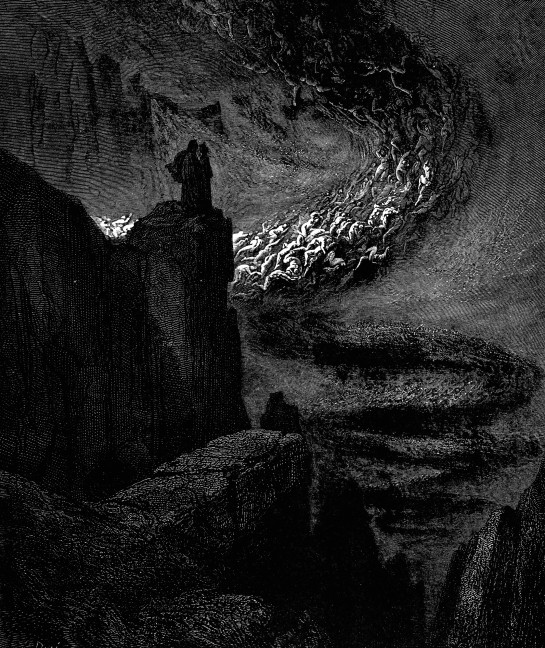 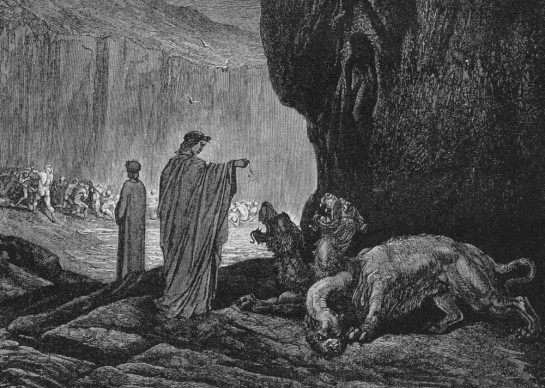 The souls of gluttons are made to lie in disgusting, freezing slush.  This circle is guarded by Cerberus, and contains Ciacco of Florence. 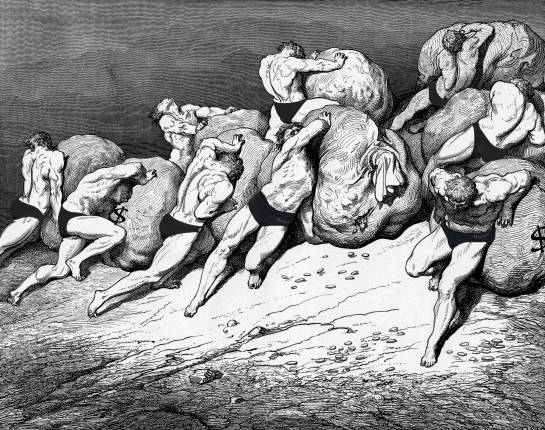 The miserly and spendthrift, including many clergymen, are made to push heavy weights together, jousting with them.  Plutus guards this circle. 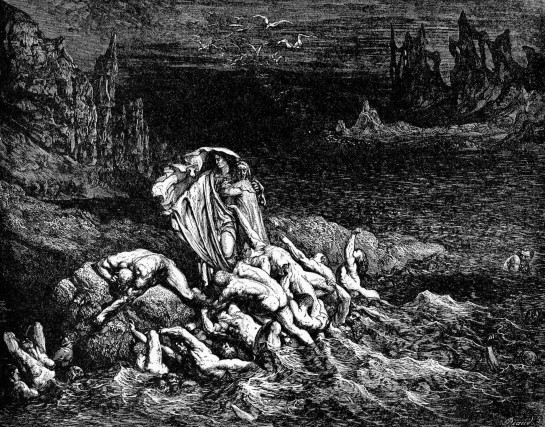 In this swampy, foul-smelling circle, the wrathful fight one another on the surface of the river Styx while the sullen drown beneath it.  Fillippo Argenti is one of this circle’s inhabitants.

In this circle, heretics are trapped within flaming tombs for all eternity.  Notable inhabitants of this circle include Epicurus, Florentines Farinata degli Uberti, and Cavalcante de’ Cavalcanti. 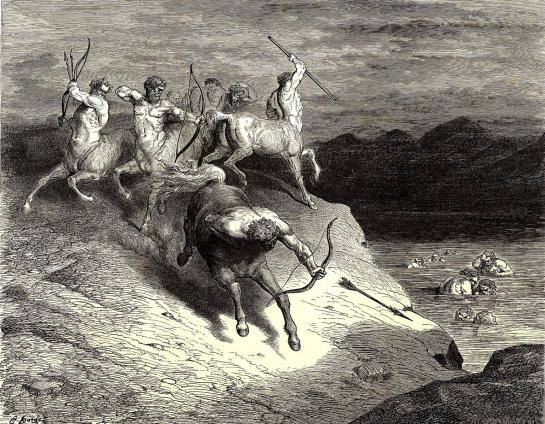 This circle of hell contains the souls of panderers, seducers, flatterers, sorcerers, pimps, false prophets, and more.  This circle is shaped into a giant stone funnel that resembles an amphitheater, with each concentric rung being another of ten trenches.  Sinners from these various groups are subdivided into the trenches where they can enjoy the stench, the darkness, the disease, the filth, and the thirst together as they scratch and scrape one another to avoid the whipping chains.  Ulysses and Diomedes are notable inhabitants of the 8th circle.  Giants guard the entrance to the 9th circle, at the bottom of the funnel.

There is decent additional reading on Wikipedia about Dante’s Inferno.

This article was brought to my attention by one of the Priesthood of Mendes and I thought that some people here may appreciate the art.  It’s far too beautiful for me to not share it here as well, so enjoy.

Satanism from the perspective of a younger generation.

The Dark Side of Chaos

My journey into the ether.

Observations and Experiences with Lesser Magic.